2014 Goals: How to Accomplish Them 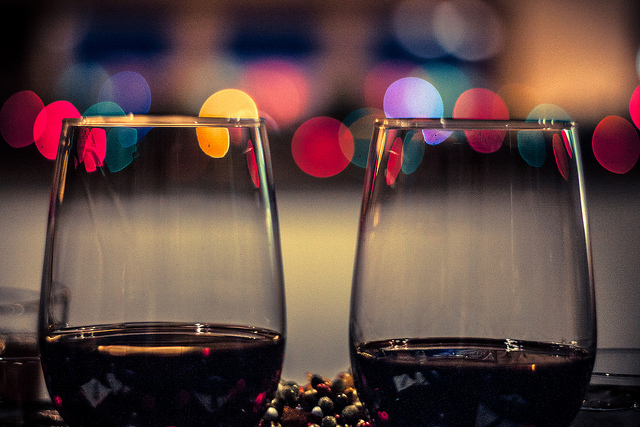 Every year I set goals. Heck, every month, week, and day I set goals for what I want to accomplish for each time period. My goals for each year (which I usually set on my birthday or New Years) have been the same since I’ve been out of college: Lose weight, Pay off debt, Something random, Something about cleaning, and Going somewhere. Sometimes I meet my goals, sometimes I don’t (the success rate for the last two are a bit higher). Last year I wanted to read two books per month, and I ended with 22, according to GoodReads. That doesn’t count the two I finished yesterday, so I’m going to say I met my goal of 24 in 2013! I’m happy to report that I also paid 24% of my debt off. It’s no 48% that I had set for 2013, but I’ll take it, because it is light years ahead of past years. This year I want to:

But above everything, I want to keep being happy and focus on creating a life that I want to lead. I’m also going to take more time to be thankful of what I’ve already accomplished, while still looking ahead.

How to Accomplish Your Goals

Obviously, I’m no expert on accomplishing all your goals, but I know what works and what doesn’t. Here’s what I’ve learned.

Paying off debt or losing weight

The key to accomplishing your New Year’s resolutions this year is to break each one down into sizeable chunks. This is where tricking your mind comes into play. For instance, I still owe $11,500 to good ol’ Sallie Mae. That seems like a huge number, but if I break it up by how many months I want to pay it off, it suddenly becomes a lot more manageable.

When you have another numerical goal, like you want to save up for a vacation or you want to lose weight, breaking it up works well too. Instead of saying you are going to lose 20 pounds by St. Patrick’s Day, think that you are only losing about 2 pounds per week over 2.5 months.

I had wanted to go to Europe for as long as I could remember, and one day I just decided to figure out a way to do it. I found a tour company that did trips for 18-25 year olds, and I paid a down payment. They then let me pay for my trip monthly for a year. I ended up being able to go to London, Paris & Versailles, Amsterdam, and Brussels in 2011, with a full-time tour guide that also spoke French. I didn’t know anyone in my group going in but ended up making friends right away (despite what the pictures show below)!

I selfied all over Europe.

When it comes to traveling, you just have to decide to do it and then make it happen. Is there a conference you can go to so at least part is tax deductible? Does Groupon have a sweet deal on a Costa Rican resort* you can grab?

Time yourself putting away the dishes some time. I know, it sounds crazy, but once you see emptying the dishwasher and then filling it takes less than 15 minutes, why the heck would you put it off so long? I’ve timed myself doing all sorts of things, from vacuuming to cleaning out files. So when I finally clean out that guest closet this year, I’m going to say, “That only took 45 minutes? What the heck was my problem?”

When you actually see how long something you have been putting off actually takes, you are more likely to do it sooner next time.

Another thing I do while cleaning or organizing? I watch Breaking Bad on my iPad (I’m only on season 4 now) or listen to music on my phone or iPod. Rocking out to Summer Hits of the 90s makes dusting not seem so terrible.

Lists. Make lists for everything. Sometimes I even put “shower” on my to-do list for the day. A little weird? Yep. But that feeling of crossing something off just can’t be beat, I don’t care how trivial it is.

I use ToDoist to run my daily and weekly to-do items for work and my personal life, and then when I’m feeling behind or not attached to my phone or laptop, I’ll have a written list too. Make your goal into chunks and then schedule recurring to-dos on ToDoist. Seeing “Write 500 words” daily is a lot less terrifying than “Write 2,500 words” on a Friday.

So there you have it. Almost all I know about getting stuff done. Now I’m off to scratch out “MoxieDot blog post” on my to-do list for the day. 🙂

*I WILL hold a sloth before I die. Mark my words.