Have We Lost All Accountability? 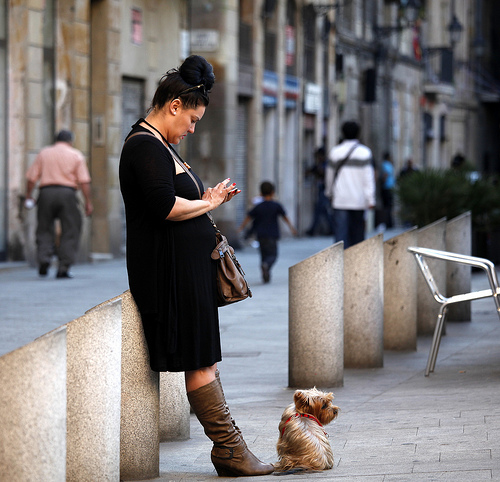 Even though we have all the apps and tools in the world to remind us when we do something, I think we have an accountability problem. Because we now live so much of our life online, it becomes easier and easier to cancel our offline obligations. If you can’t go to something, people cancel via text, email, or Facebook. You’re no longer forced to call the person and say you can’t come.

However, I’m someone where my word is my bond. I say I’m going to be there, and 98% of the time, I’m there (hey, I’m not perfect and I’m not wanting everyone to be either). Doesn’t matter the weather or time of day, I’ve helped people move in 100 degree temperatures and picked drunk people up at 4 am 20 miles away.

To me, it’s the little things like DDing or a day of moving that people show up for that really illustrate how trustworthy people are for the big things. While canceling one movie night isn’t going to break a friendship, I often wonder if they would have tried harder, had they been forced to cancel via a phone call.

As this awesome article on the New York Times reports:

Texting and instant messaging make it easier to navigate our social lives, but they are also turning us into ill-mannered flakes. Not long ago, the only way to break a social engagement, outside of blowing off someone completely, was to do it in person or on the phone. An effusive apology was expected, or at least the appearance of contrition.

But now, when our fingers tap our way out of social obligations, the barriers to canceling have been lowered. Not feeling up for going out? Have better plans? Just type a note on the fly (“Sorry can’t make it tonight”) and hit send.

Just because you are canceling via a digital medium doesn’t make not showing up any less rude. Would you say the same thing to the person over the phone that your text says? More from the NYT article:

“People don’t feel bad shooting someone a text to cancel, but no one would ever pick up the phone and say, ‘Let’s have dinner next week because I want to go to this party instead,’ ” said Danielle Snyder, 27, a founder of the jewelry line Dannijo. “But when you say it out loud, you realize how bad it sounds.”

It’s obvious that digital communication methods have made it easier than ever to cancel on appointments or dinner dates when other things seem more appealing.

So how do we change our offline flakiness, as helped by texting, email, or social media? By making it a priority to be there when we say we will. And if we don’t want to cancel via phone, then maybe we shouldn’t be canceling at all.