I’m Not Ready to Let Go of CDs Yet. 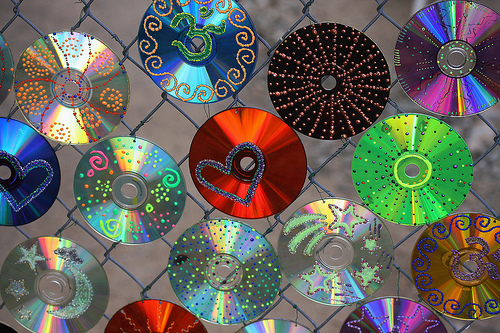 When I was in Austin for SXSWi last week, I had a brand new Kia Soul! as a rental car. While I liked the fancy color touch screen and large moonroof, I was dismayed to notice that it didn’t have a CD player. Yes, it had a fancy USB slot, but no CD player.

For someone that “reads” about one non-fiction audiobook per week, thanks to the local library, not having a CD player in my car would really be an inconvienence to me. I get it, I know that CDs are the past and will slowly fade away to being “old school” as I’m sure DVDs and Blu-rays will eventually as well.

But, to not have CDs would make me have to translate CDs I get from the library (for free) onto my photo or iPod first before listening to them in a non-CD car. As of now, I can do that with one of my computers, but I’ve noticed that even the ultrabook PC laptops don’t have disk drives either.

I will say that I’m not totally in the storage dark ages. I’m not pro-floppy disk. I do have a chromebook and it’s been working beautifully…but I’m still in denial about CDs.

So yes, I know that libraries are beginning to offer digital downloads of music and CDs (and ebooks), but I just wanted to take a second to say that I’m not ready. Stop progressing so fast, technology.