Be a Great Networker: On And Offline 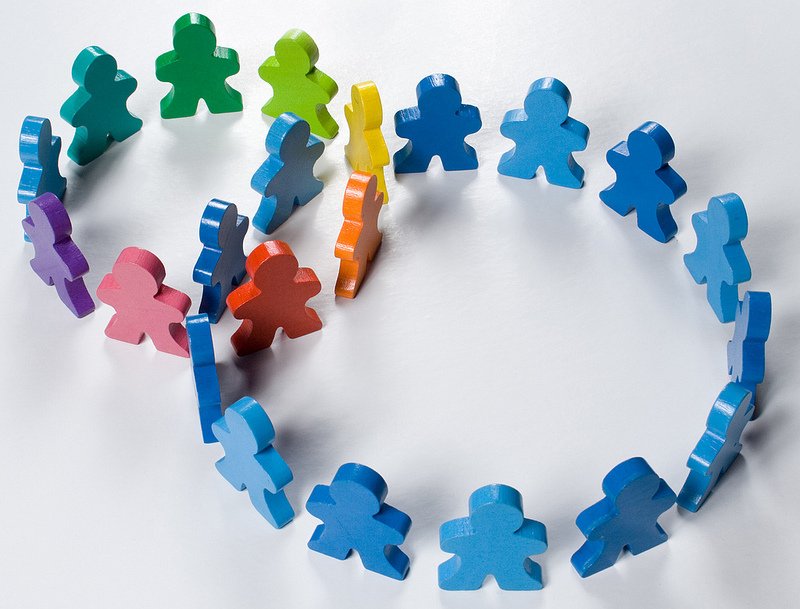 If there is one thing working in the digital realm has taught me, it’s that some people are really good at networking (both on and offline), and some are really terrible at it. While I’m somewhere in between, I stand in amazement at the few number of people that can effortlessly work a room (or a Twitter chat) with grace and ease, without seeming desperate for attention or overbearing.

On social media, the lack of these skills is something that is often apparent quickly, while in person, it can take a few questions and sentences to sniff out. While my introvert side still has a long way to go in terms of being a networking pro, here are something I’ve learned about getting to know people that work well on and offline:

Don’t look at someone’s name badge before determining if they are worth your time. Some people like to be unassuming and if you are getting to know someone just so you can hopefully exploit their connections or “relevancy” is always going to blow up in your face. The supposed VIPs have people bothering them 24/7 and are great at knowing genuine friends or colleagues and admirers that just want to use them for their network.

While being genuine isn’t something that can be taught, it helps to abide by the golden knowledge that people love talking about themselves. Ask a few questions about what they’ve done or what they are interested in and you’re sure to spark some great conversation.

Don’t Be the Only One Talking

You know how I said people like talking about themselves? Well, it is possible to talk too much. Good networking and conversation comes from back and forth dialogue. This is true in social media as much as it is in the real world. If you aren’t getting those positive affirmations about what you have to say (e.g. likes, head nods, or comments), then you need to either talk less or switch up what you have to say.

Be a Real Person

Real people talk about more than their business, even at a business conference and event. You have to have a life outside of what you make money from in order for people to find you interesting (and for you to be happy). Fill your in-person conversation and Twitter/FB/Linkedin/Google+ feeds with business content, but also snippets of photos from your vacations or family, your next roller derby match, or your latest venture to build a compost bin. People like getting know someone from all angles, not just what they do for a living.

Do you have any networking tips that apply on social media AND in-person networking? Let me know in the comments.
photo credit: jairoagua via photopin cc