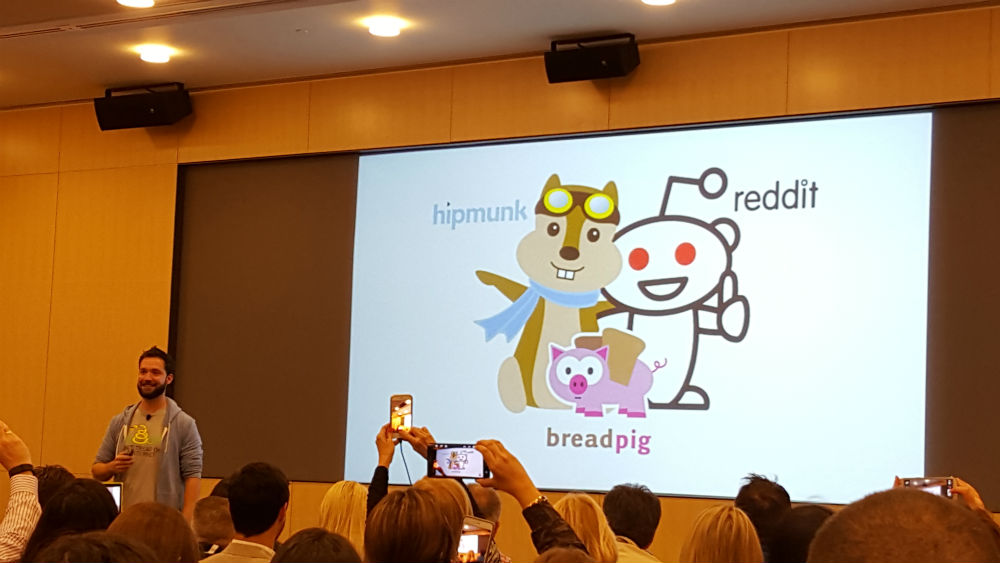 This is my second year at the Further With Ford technology conference, which is in its 5th year. The 2015 conference is being held for the first time ever in San Francisco and Palo Alto, at the HP headquarters. Today we are hearing from experts all around technology, from the Lead Designer at SimCity to one of the partners at Beats by Dre.

“Standing out is the new fitting in” is a statement that is true for both Millennials and Generation Z.

We also heard about millennials and the current power of the internet from Alexis Ohanian, the co-founder of Reddit.

One of my favorite quotes from Alexis was:

He touched on the fact that college students (Generation Z) are more interested in entrepreneurship because of the recession (which was touched on by Sheryl) and the fact that they want to go out and make something out of themselves to improve the world around them.

To learn more about what’s happening at the Further With Ford conference this week, check out their social stream landing page!