Does Being Overweight Affect Your Career? 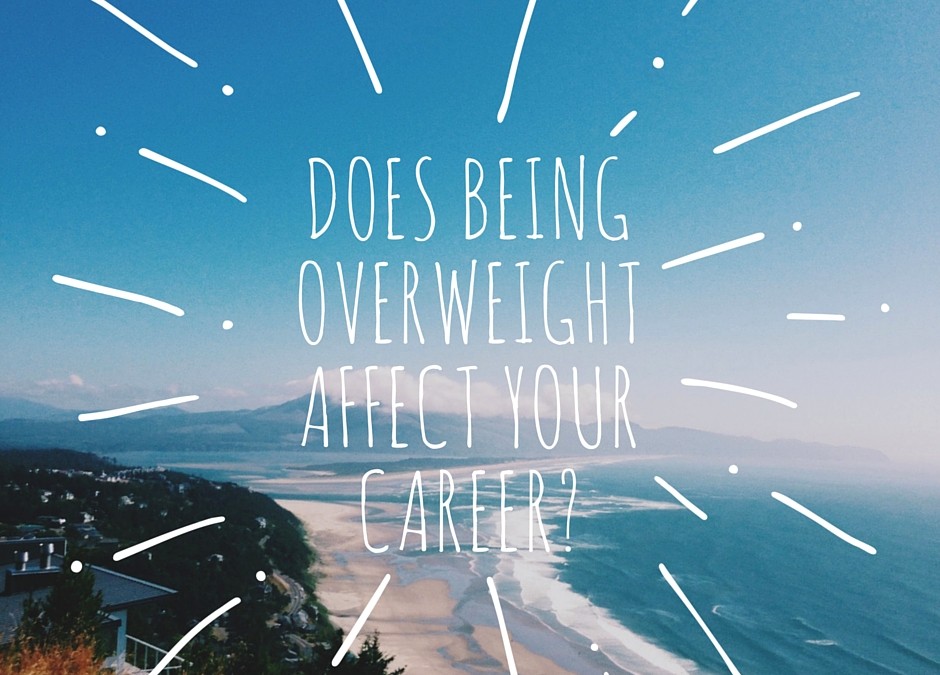 Do my colleagues take me less seriously since I’ve gained weight?

This question is something I’ve asked myself in the darkest corners of my mind. Ever since I gained about 30 pounds over my “happy weight,” I’ve known that I’m not portraying myself in the best light possible. This feeling of apprehension over how I present myself does certainly bleed into what I do professionally, especially when it comes to speaking at conferences.

There’s an article that came out a few months ago that has been sticking in my mind ever since I read it. It was an interview that Business Insider did with Michelle Mone, a British multi-millionaire who owns several of her own companies. She claims that after she lost weight, her businesses became more successful. Here line of reasoning is this:

“How I look reflects on my brand,” Mone told Business Insider in an interview…”I can’t go out there with greasy hair, spots, no makeup, and [as a] size 22. A brand can’t sing from the rooftops if the owner is walking around looking horrendous,” Mone said.

While perception certainly differs from person to person, there has been some studies to back up the suspicion that people are going to judge or stereotype you based on your weight. This is a proven fact, and one that affects men just as much as women:

Just take a look at this WSJ article from 2010:

Separate studies of 11,253 Germans and 12,686 U.S. residents led by Timothy A. Judge of the University of Florida found very thin women, weighing 25 pounds less than the group norm, earned an average $15,572 a year more than women of normal weight. Women continued to experience a pay penalty as their weight increased above average levels, although a smaller one — presumably because they had already violated social norms for the ideal female appearance. A woman who gained 25 pounds above the average weight earned an average $13,847 less than an average-weight female.

Men were also penalized for violating stereotypes about ideal male appearance, but in a different way. Thin guys earned $8,437 less than average-weight men. But they were consistently rewarded for getting heavier, a trend that tapered off only when their weight hit the obese level.

Besides costing you in income, it is also more expensive for a woman to be obese than a man, according to a different study also mentioned in the referenced WSJ article above:

While a man racks up $2,646 annually in extra expenses if he is obese, a woman’s obesity costs her $4,879, almost twice as much, the Times reported.

More health costs aren’t the only thing that weight can affect. Being overweight also has a huge impact on your mood. In the same interview with BI, Michelle Mone goes on to state:

“When I was eight stone overweight, I got tired more easily, I would get exhausted and I wasn’t always positive,” she said. “When I started to lose weight and look more glamorous, doors started to open, it sounds horrible but it’s true.”

While one can argue that because she’s in the beauty industry, her appearance has more of an effect on her income, the WSJ-referenced studies above seem to point to the fact that obesity or simply being 20-50 pounds overweight can have a significant impact on your career and income.

Beside perception from others, the way you feel about yourself, as well as your energy level, does make a significant impact on your work performance. Just think, if you aren’t 100% confident when you go up on stage to speak at a conference, you won’t do your best possible presentation. This could lead to less invites to speak in the future, affecting the chances you’ll meet new clients or grow your professional network.

Additionally, people who are overweight also have less energy, as it can take more effort to be physically active, whether that means walking a trade show floor or going from meeting to meeting during a hectic work day.

While I’m continuing my journey towards weight loss (I’m down about 12 pounds so far), I’d encourage you to look seriously at the past year and see if there has been any opportunities you may have missed out on. If these are situations that could be remedied by a healthier lifestyle, if may be worth trying. Especially if it makes a difference of almost $14,000 to $16,000 per year, as the WSJ article states.