The Power Of Hashtags 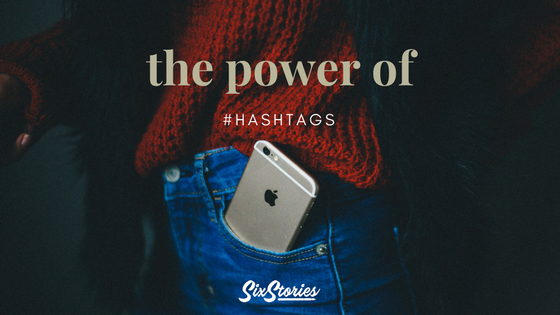 When I think of the millennial generation, a few buzzwords come to mind but one stands out above the rest. That word is “trending”.

What was once described by the dictionary simply as “emerging as a popular trend,” now has an additional meaning. The new meaning shows the influence of the world wide web on our vocabulary. Now, trending is synonymous with the internet, specifically being described “as widely mentioned or discussed on the Internet, especially on social media websites.”

One of the easiest ways to determine what is trending is by turning to your trusty Twitter or Instagram and typing the symbol “#.” With just a touch of the keyboard, a person is instantly transported to the world of what’s popular and relevant. This tactic is how Jimmy Fallon collects his material for his Tonight Show Hashtags, which quickly trend worldwide.

So how can this world of hashtags impact our businesses and lives? One could point to the most recent example of trending hashtags simply known by two words, “Me Too.” With its motivation rooted in social activism, this online movement was created with the purpose of awareness. Regardless of a person’s opinion on the campaign, it shows the sheer power of social media.

To better understand this power, here are some facts you may not know about hashtags:

Hashtags were first created back in August 2007. The original purpose of hashtags was to simply categorize like tweets together. Now, hashtags help show the popularity and relevance of certain topics.

While each different social media platform has their own unique characteristics, hashtags are utilized across all social media.

Want to know just how popular? So popular that an average of 125 million hashtags are shared each day globally on Twitter.

Hashtags Have A Pecking Order

Now that you know just how popular hashtags are, you’ll be even more impressed by these hashtags who have made it to the top of the list. #NowPlaying comes in at the number spot with more than a billion instances. #FollowFriday comes in second with over half billion times and #ThrowbackThursday comes in third with over 120 million times.

It’s amazing what you can learn from hashtags. Curious as to which shows and movies got the most hashtag attention? #TheWalkingDead and #StarWars took the top prize in their respective categories.

Looking to guess the most globally used sports hashtag? You might be surprised to learn it has nothing to do with football… but it does have to do with futbol! #Euro2016 was the most tweeted global sporting event hashtag.

You know you’ve made it when you get a coveted space in the dictionary. As of 2014, the word “hashtag” was added to the Oxford English Dictionary.

In the year following the invention of the hashtag, the most used hashtag was #noticias which is the Spanish word for news.

So what’s stopping you from harnessing this powerful symbol for your brand? #GetToIt

If you need some help stepping up your hashtag game, reach out to SixStories. We can help you come up with a  strategy that’s perfect for your brand.